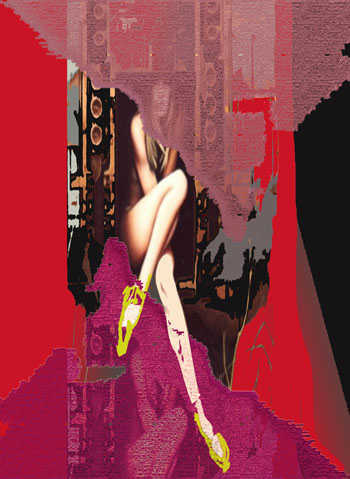 Devoted to home experimentations from the end of 1979, Bas.Fled, using a myriad of monikers, he realized a hundred works. His favorite instruments is a 4 tracks tape recorder on which to pour again in chaotic and torrential way the most disparate sonorities. In the first '80 he played live gigs with an analogical synthesizer and tapes recorded from radio. Among his more absurd works (in preparation for Alampo) a CD Album "box of assemblage" in which the tracks are a kit to assemble to really liking.
"Prolific author, untiring manipulator of tapes, symbolic figure of the philosophy "do-it-yourself" in terminal form, masturbatorio up to the excess pursues its wretched base crusade of refusals picked up audio and maniacally reassembled in absurdities audio deformed frankensteins. A radical job and few sociable with hypnotic parts that graze the catatonia."((Leo Vanovolano).